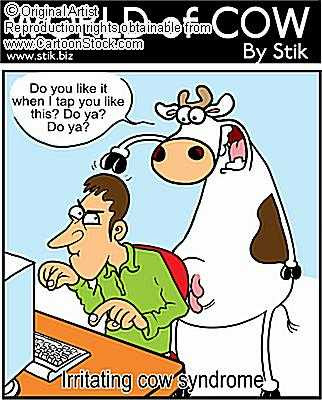 A piece of foil candy wrapper makes electrical contact with your filling.
A station comes in brilliantly when you're standing near the radio, but buzzes, drifts and spits every time you move away.
It's bad enough that you step in dog poop, but you don't realize it till you walk across your living room rug.
People behind you in a supermarket line dash ahead of you to a counter just opening up.
People who ask "Can I ask you a question?"
People who point at their wrist while asking for the time.
The car behind you blasts its horn because you let a pedestrian finish crossing.
The elevator stops on every floor and nobody gets on.
The person behind you in the supermarket runs his cart into the back of your ankle.
The radio station doesn't tell you who sang that song.
The tiny red string on the Band-Aid wrapper never works for you.
There are always one or two ice cubes that won't pop out of the tray.
There's a dog in the neighborhood that barks at EVERYTHING.
There's always a car riding your tail when you're slowing down to find an address.
Three hours and three meetings after lunch you look in the mirror and discover a piece of parsley stuck to your front tooth.
When you need a salesperson, you can never find one.
You can never put anything back in a box the way it came.
You can't look up the correct spelling of a word in the dictionary because you don't know how to spell it.
You drink from a soda can into which someone has extinguished a cigarette.
You had that pen in your hand only a second ago, and now you can't find it.
You have to inform five different sales people in the same store that you're just browsing.
You have to try on a pair of sunglasses with that stupid little plastic thing in the middle of them.
You open a can of soup and the lid falls in.
You reach under the table to pick something off the floor and smash your head on the way up.
You rub on hand cream and can't turn the bathroom doorknob to get out.
You set the alarm on your digital clock for 7pm instead of 7am.
You slice your tongue licking an envelope.
You wash a garment with a tissue in the pocket and your entire laundry comes out covered with lint.
Your glasses slide off your ears when you perspire.

Posted by alilbit at 2:00 PM 0 comments Links to this post

Sorry about not posting in a while.
Been having major problems with the dsl system I am
on. I am hoping the bugs will be worked out soon.

Posted by alilbit at 2:28 PM 0 comments Links to this post

Jefferson Stick proudly holds up his most prized hunting trophy. 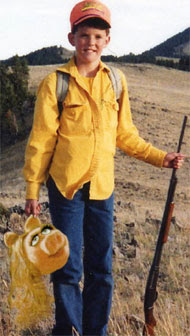 Piggy Slaying Raises Questions About Hunting Muppets !
FLORENCE, Ala. (CAP) - The slaughter of Miss Piggy by an 11-year-old Alabama boy with a shotgun has led to a national debate over whether it's appropriate to gun down animals who wear jewelry and can speak French, even marginally.
Jefferson Stick of Huntsville was hunting with his father and two guides earlier this month when he killed the famous swine, who had surprised them by jumping out from behind a tree wearing a mauve satin evening gown and pearls and declaring, "Are you boys looking for moi?" Stick shot the animal eight times with a single barrel shotgun and chased it for three hours through hilly woods before finishing it off with a point-blank shot.
"And it weren't easy, neither, 'cause she kept tryin' to hy-ah me," Stick told reporters as he held up Piggy's head, her long blond locks wound tightly around his pudgy fingers.
"This was a horrible example of cruelty to Muppets," said Daphne Namonovitch of PeTFA, or People for the Ethical Treatment of Felt Animals. "We've always said that if you have to kill a Muppet you should do it quickly and humanely, like all those times Beaker got his head blown off."
The news spread quickly through the Muppet community. "We were shocked and saddened to hear of Miss Piggy's untimely demise," said Muppet spokesman Fozzie Bear. "We thought it was just her career that was dead! Ha-aaah! Wocka wocka wocka!"
Longtime Miss Piggy companion Kermit the Frog declined to comment on the incident, but according to one associate, Sam the Eagle, Kermit looked "noticeably relieved" when he heard the news, before getting into his limo and heading off to his Hamptons estate with Japanese supermodel Erina Yamaguchi.
While noting that all 11-year-olds do have the right to bear arms, "This whole shooting shows a serious lack of quality and moral content," said Sam, adding, "not at all like that time Dick Cheney shot his friend, which was entirely wholesome."
Authorities have also not ruled out the possibility of retribution on the part of the Muppets, especially given that Stick's uncle, Jesse Fender of Blountsville, Ala., was found dead in his trailer earlier this week, apparently beaten to death by drumsticks.
Meanwhile, Stick said Miss Piggy's head will be stuffed and her meat would be made into breakfast sausages that would be devoured by notorious curmudgeons Statler and Waldorf.
"I don't think they'll be overcooked," noted Statler.
"Why is that?" asked Waldorf.
"Because her acting was never well done!" he replied, prompting the duo to fall over each other in hearty guffaws.

Posted by alilbit at 5:25 PM 0 comments Links to this post 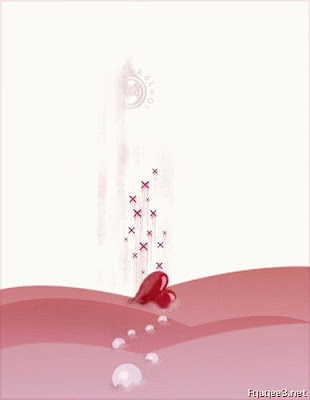 Leaving
When I leave I will not be gone,
For my love for you will be forever strong.
My heart is here for you to keep.
If I come back and you are not mine,
I'll keep in mind that I had a great time.
So one night if you get lonely,
Just close your eyes and remember slowly.
That my memory will never leave.
And when I do, PLEASE do not weep,
because my heart is yours to keep.
And remember as I will do,
I can never stop loving you!

Posted by alilbit at 5:00 PM 0 comments Links to this post 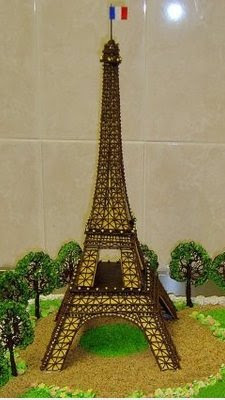 Amazing Cake Art!
Some very intricate ones here.
I'd definitely want to have my cake and eat it too.

Posted by alilbit at 8:51 PM 0 comments Links to this post 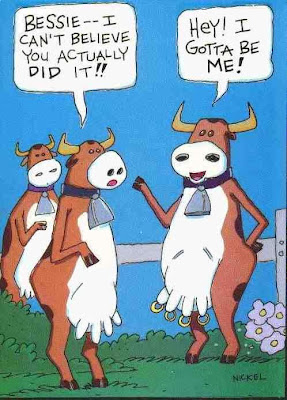 Posted by alilbit at 1:43 AM 0 comments Links to this post 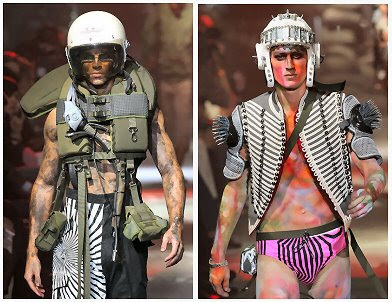 Posted by alilbit at 1:57 PM 0 comments Links to this post

Posted by alilbit at 5:30 PM 0 comments Links to this post 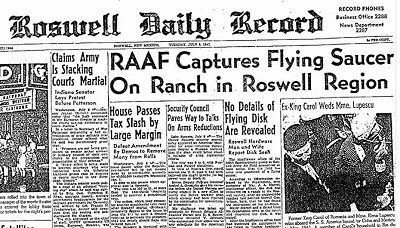 The Roswell UFO Incident involved the recovery of materials near Roswell, New Mexico, in July 1947, which have since become the subject of intense speculation and research. There are widely divergent views on what actually happened, and passionate debate about what evidence can be believed.
The United States military maintains that what was recovered was a top-secret research balloon that had crashed.But last week came an astonishing new twist to the Roswell mystery. Lieutenant Walter Haut was the public relations officer at the base in 1947 and was the man who issued the press releases after the crash.
Haut died last year but left a sworn affidavit to be opened only after his death.Last week, the text was released and asserts that the weather balloon claim was a cover story and that the real object had been recovered by the military and stored in a hangar. He described seeing not just the craft, but alien bodies.

Posted by alilbit at 1:18 AM 0 comments Links to this post 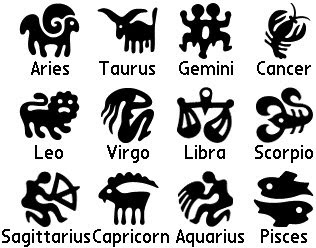 The Horoscope Generator
The Horoscope Generator will forecast your future, based on a diagram of the aspect of the planets and stars at a given moment. Click your sign and get your horoscope for today.I'm a Virgo and the Horoscope Generator says:You will fart in front of a large group today. You aren't as attractive as your driver's license indicates. Someone will spit in your taco. You will have a chance encounter with romance today so take a bath for god's sake.

Posted by alilbit at 1:12 AM 0 comments Links to this post