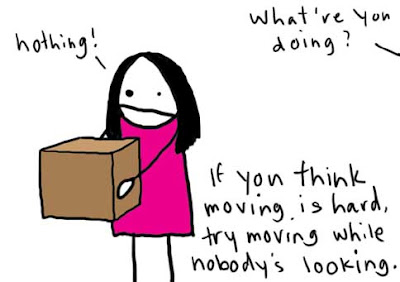 I couldn't get the template to move back to basic so I have moved to this blogger page. http://misfitnews.blogspot.com/
I hope you will all join me there. I won't be deleting this blog for a while, just won't be posting.I want to thank you all for visiting,reading,following and commenting.My new blog will be different...not so much humor but current happenings.I am always open to suggestions, ideas,and constructive criticism.I will be posting a new email address so you can contact me .Thank-you again everyone.Peace be with you always. 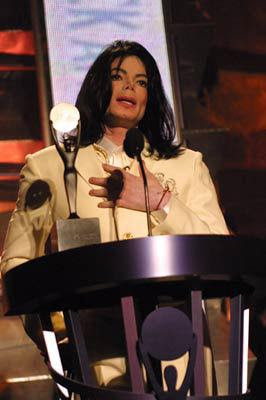 Do You Need A Legal Will?

After recent current events I am sure questions about legal wills are on many people's minds. This is a must read because in case the inevitable happens,even who raises your minor children has to be addressed.You don't have to have riches or an estate to make a will. You don't have to be elderly either. You will have to scroll down to read it. Sorry about the ads.
http://tiny.cc/kELjg

http://shameber.wordpress.com/
Culture Buzz A website where you can anonymously admit what you do in your shame-ber, a room where you go to escape the eyes of God and society. (via TBTL) For instance, I secretly love Popeyes Chicken, but only consume it secretly in my shame-ber (locked bathroom of my apartment)

Fun Things To Do As A Couple 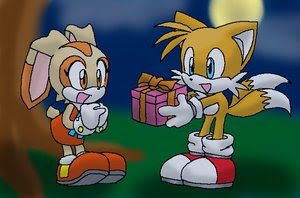 1. Go on a search for as many good climbing trees as possible, climb as high as you both can in all of them, compile photo evidence
2. Go to a major chain bookstore, and leave notes to future readers in copies of your favorite books
3. Have her dress up as a ghost and you dress uup us Pacman. Walk around downtown holding hands, and whenever anyone sees you two, pretend to be embarrassed, and run off screaming “wocka wocka wocka.”
4. Create photo evidence suggesting that you went on an adventure that didn’t really happen
5. Dress up as superherous and stop at least one petty crime “ie. jaywalking, littering….”
6. Build forts out of furniture and blankets, and wage war with paper airplanes.
7. Try and visit as many people as you can in one night, and turn as many things inside their apartment upside down as you can, without them noticing.
8. Go to the airport, get the cheapest, soonest departing flight to anywhere when you show up, and stay there for a weekend.
9. Write a piece of fiction together. Outside at a cafe. Ask strangers when you get stuck.
10.Dress to the nines, pretend to be married, and test drive very expensive vehicles at an auto dealership.
11.Do the lamest tourist thing in your area that you have both secretly wanted to do forever. Have an unabashed good time!
12.In the middle of the night, drive to the beach, so you arrive just as the sun is rising. Have a breakfast picnic, then fall asleep together. Bring a sun umbrella.
13.Drive somewhere unknown and have dinner in a city you’ve never been to. With fake names.
14.Go to a minor league baseball game under the stars. Tell each other stories about how bad you are at athletics. Randomly cheer for both teams. Eat lots of Cracker Jacks.
15.Go around the city with sidewalk chalk and draw hearts with equations inside on random things
16.Walk around a city and perform short silent plays in front of security cameras
17.With camera and pair of boots, make photolog of a day in the life of the invisible man.
18.Walk around the city all night and find a place to eat breakfast at dawn
19.Go to a restraunt and convince the cook to create something completely new for you.
20.Rent a movie you’ve never seen before. Set on mute and improvise dialogue. 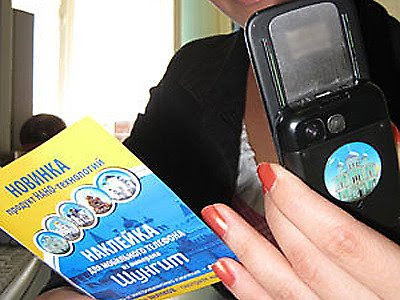 The Russian Orthodox Church has started to sell stickers that, when put on a mobile phone, will miraculously protect its owner from hazardous electromagnetic waves.
For 170 rubles, or just $5.5, anyone can purchase the sticker at so-called “church shops” in the Novgorod Region, where they are sold among accessories like crosses, prayer books and candles, Komsomolskaya Pravda daily writes Tuesday.
The round stickers are decorated with images of famous Russian churches and monasteries – such as Christ the Savior or the Trinity Laura. They are extremely popular with customers.
According to Svetlana Kokhan, who managers the protective stickers project, the stickers are a patented development of the Russian Academy of Sciences. They are made of a mineral called shungite, known for its healing characteristics.
“We have to print a new batch every month,” Svetlana says.
“The interest in our production is enormous – today you keep hearing how cellular phones and computers are bad for your health.”
To increase the technical healing effect, all stickers are blessed by a priest.
photo http://www.kp.ru/

Clooney Refuses To Be Made Into Tofu 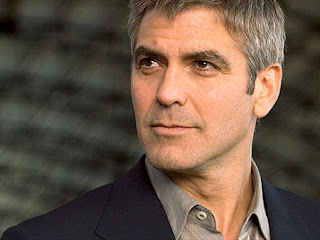 Clooney declines sweaty tofu offer Stuff.co.nz: "George Clooney has declined an offer for his sweat to be used to make tofu.
Animal rights group Peta want to create the unusual vegetarian food by extracting George’s salty perspiration from his used gym towel.
The organisation wrote to the handsome actor asking for permission to create the product, saying: 'The technology actually exists to take your perspiration and make it into George Clooney-flavoured tofu (CloFu).
'Of course, your fans would swoon at the idea of eating CloFu but what interests us most is that we would attract many people who don't try tofu because they worry that it would be bland or that they wouldn't know how to cook it.
'The science is pretty straightforward. According to Dr Kevin Keener of Purdue University, all animals - including human beings - have unique odour profiles. Dr Harry Lawless of Cornell University reports that if you use a sample of human perspiration, it is no different than making artificial chicken flavour for instant gravy.'
The group obtained the towel from a fan, who was planning to put it up for auction until PETA came up with the alternative idea.
Explaining the product, Peta president Ingrid Newkirk said: 'I thought, 'What would make tofu more attractive to people?’ Cheese-scented CloFu could be used as pizza topping and in lasagne. CloFu will help people be healthier and more environmentally friendly and will spare animals from being killed for the table.
'I can see people having parties to try CloFu.'
Despite Peta’s excitement about the possible product, George has declined the offer.
The 47-year-old actor released a tongue-in-cheek statement saying: 'As a mammal, I'm offended.' 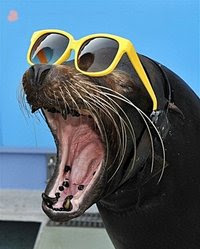 Cool shades worn by this walrus in Tokyo.He appears to have heard the joke that starts off with ....This walrus walks into a bar........ 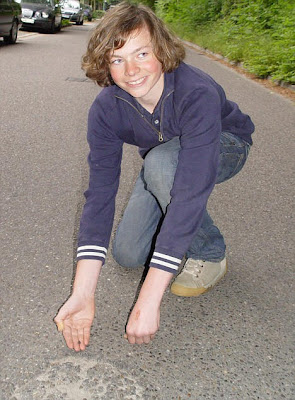 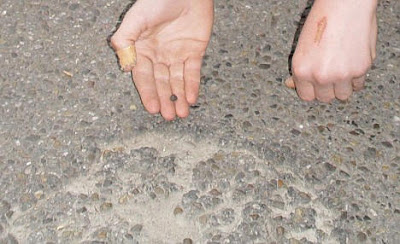 Gerrit Blank of Germany is a lucky little lad. The 14 year-old student was walking to class when he saw what he described as a "ball of light." The ball of light was actually a pea-sized meteor which smacked into his hand and left a foot-wide crater in the pavement. Gerrit escaped with a three-inch long scar on his hand and a heck of a story to tell.
Scientists estimate that the odds of getting hit by a meteor are roughly one in 100 million. The only other person in recorded history to be hit by one was an Alabama woman in 1954 who was struck in the leg after a meteor bounced off of her coffee table. 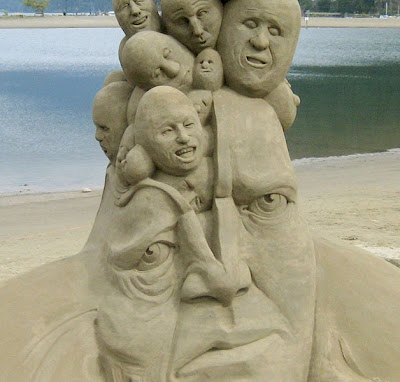 Though sand sculptures are inherently fleeting works of art, an astonishing amount of labor is poured into each project—often requiring teams of architectures or sculptors and nearly 3000 tons of sand per competition. Amongst the most spectacular castles, animals or otherwise themed creations, there exist true masterpieces that appear to come to life on the shore. Showcasing everything from agony to exhilaration, these are the 10 sand-crafted expressions that masterfully exemplify real human emotions.
Via:http://www.womansday.com/Articles/Family-Lifestyle/10-Faces-in-the-Sand.html 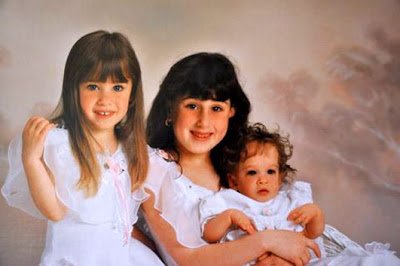 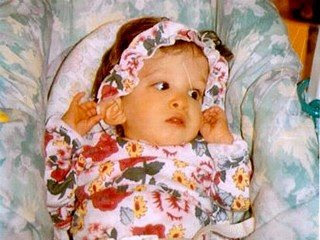 At about 16 pounds and 30 inches, 16-year-old Brooke Greenberg has not aged significantly, physically or apparently cognitively, since she was a toddler. Doctors hope that her case could shed light on the mysterious genetics behind aging.

This is Tracy, she writes about the odd little things she sees both off and online. Tracy is also the owner/administrator of the I Hate My Message Board Forums, you can read the story behind how it all came to be here. She is a wife and mother to 5 boys. I just read a food article on her I Hate My Message Board written by her 13 year-old son Nicholas. Writing talent runs in the family because Nicholas writes like a pro.
If you have run across the chicken in a can post ,that was the brain-child of Tracy. Imagine my excitement when I had Tracy added as a friend on a social network not knowing she was the
one responsible for one of my favorite web-surfing finds ever! I haven't known Tracy long but I will tell you she is very kind and admirable. She is an amazing writer and I am so fortunate to be able to feature her on my humble blog. Please pay Tracy a visit. I know she enjoys the company. Make sure you read her about me page too.
Here is her website -I know you will enjoy it and meeting Tracy.
http://ihatemymessageboard.com/

Labels: blogger, featured, I Hate My Message Board, Tracy 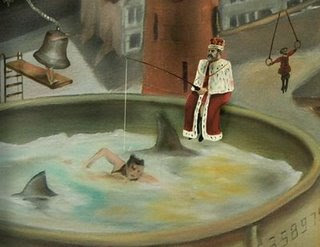 The Cryptic Canvas - Can you spot references to 50 movie titles in this painting? 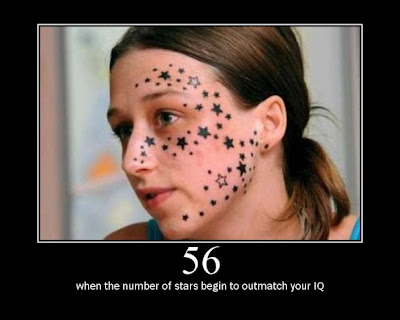 The Story of Kimberley Vlaeminck: “I Asked For 3, He Gave Me 53 More”. Stars that is! 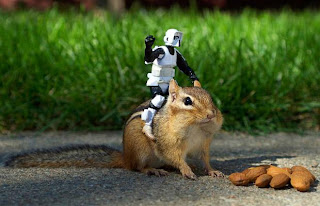 Chris McVeigh, a Canadian illustrator, captured these images of wild chipmunks in hilarious situations with action figures from the Star Wars films .
http://tinyurl.com/l3nhus

How to Succeed in Life as a Late Bloomer - wikiHow